Meet the Top 100
The May/June issue of Foreign Policy, a global magazine about Politics, Economics and Ideas, named its list of top 100 public intellectuals. I was drawn initially to the list to see how many names I could recognize from the list. Then following a childhood habit of looking at names sounding Jewish (“looking for landsmen”), I could see that 26 out of the top 100 named were Jewish. Almost all of them reside in the United States, with notable exceptions of Jacques Attali in France, Yegor Gaidar in Moscow, and Enrique Krauze in Mexico. Then again, 4 out of the 7 intellectuals named who are from India or of Indian origin, live in the USA. It says something about the ambience of the USA for intellectual expression. Also our quest for something or other: Take Nouriel Roubini, an Economist mentioned in this list, born into a relatively orthodox Jewish family in Iran, lived in Israel and Turkey, and then moved to Italy as a child, went to Harvard and now is a professor of Economics in the USA. Even though we are only 15 million in number in this world of 6 billion, majority of the Jews live in just five countries: Israel, United States, France, UK, Canada and jewish communities of over 100 000 live in Australia, South Africa, Argentina, Brasil and Germany.
What does it mean? That we are smarter than the others? No, we are not smarter than others; it would be chauvinistic to say so. Something suddenly arose in my mind, a quotation that I had read long time ago, if you turn away from Israel or the Torah, you cease being a Jew. It is undeniable to all of us that there exists among us an permanent sense of curiosity about the world around us, and as a Rabbi would pay special attention to a bright child at the Cheder, we have always paid attention to the brightest among us, a communal nurturing. Looking at the names and occasionally at their photographs from the ForeignPolicy.com/intellectuals, it filled me with a sense of pride, as if I too had participated in their achievements. Not a grain of envy, just contentment that one of us was being singled out; each day, each one of us are singled out for our particular innovations and our commitments, it may not make to the journals but it does reach the hearts of those we touch.
As in the Chosen People Paradigm, we are not special but we have special responsibilities. We are chosen; because no one would dare suffer for the entire humanity as we have throughout our history, suffer in a metaphoric fashion, to volunteer, to exhibit, to influence.
I have been extraordinarily lucky (does luck exist, we could ask existentially?), many gifts along the way: Morgan, The American Indians, Australia, My sister in Miami, my brothers in Portland, Baracoa and Cuba, the opportunity to see the world, lovely friends among other things but deep in my heart I know one truth: of all the things about me the one that I consider the most fortunate is that
I am a Jew.
à mai 29, 2008

cochinjew
La Habana, La Habana, Cuba
Ever since being a Medical Student and Trainee Doctor in Melbourne, London and Miami, I have been involved in Interantional Medicine . Currently I am associated with the excellent Peer to Peer Network for Diabetes care in Cambodia, Mo Po Tsyo, www.mopotsyo.org. Also with the help of my good friends in Bogor, Indonesia we hope to do something similar but in a much smaller scale. It is easy to tell you what I am: an Endocrinologist and a Medical Anthropologist, engaged in both fields. Cuba, Miami and American Indians are the worlds that usually I rotate around. in the occident and Cambodia and Indonesia in the orient. 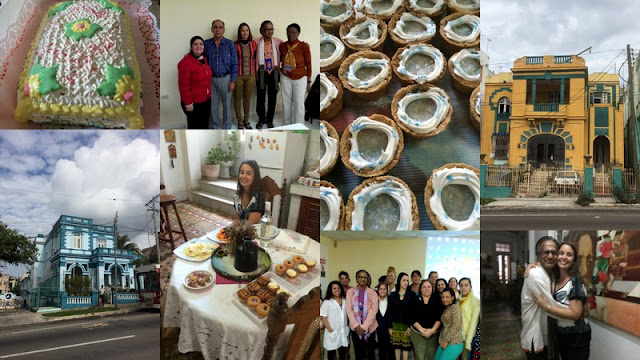